I won’t lie, we’ve held off posting this review because The Pandora Network were running its second show this week and we didn’t want to spoil it for anyone.

Our journey into Pondermere and it’s mystery start on the night before when we were added to a closed Facebook group and had friend requests from Agents Blackthorn, Chase and Spalding. The mystery started on the Saturday but with being added to the group we were able to get acquainted with the agents. Saturday came and our mission was on. The retro video into the history of The Pandora Network was a personal highlight of the first day because it was brilliantly done. The mystery started and we had a murder to solve.

Over the week we started to receive information on the case from the agents. Different theories were thrown around and everyone was trying to help each other solve the murder. I must admit, I went into this thinking the story will be very very twisty so I kept expecting things to happen. I wish I hadn’t gone in with this mindset as it wasn’t the way it went and I guess I felt a little disappointed because it didn’t, but that was purely because I made it to be something it wasn’t in my head.

The mystery itself was so cleverly done and each piece of evidence made us all talk and discuss with each other. As the week went on people got personal communications from the agents to help move the case on and it was up to us to either disclose the info or not. I think our group was pretty open about it.

As it goes on you can’t help but get more and more involved in the mystery. The only problem for me is the way the ending is done. It’s not a bad ending but it just felt a bit abrupt. It kind of felt like we didn’t really get to be involved in the ending, unlike the rest of the mystery. This could be because other analysts in the group had solved it, or it could just have been to try and build suspense, but it just fell a tiny bit flat for me personally. Don’t get me wrong, it’s not a bad ending, and it doesn’t affect the mystery in a major way, I just felt a tiny bit disappointed that it built and built and then it’s ending didn’t quite live up to the rest of the experience. But this is purely my personal thoughts on it. Amber, who did the mystery too, really enjoyed it. 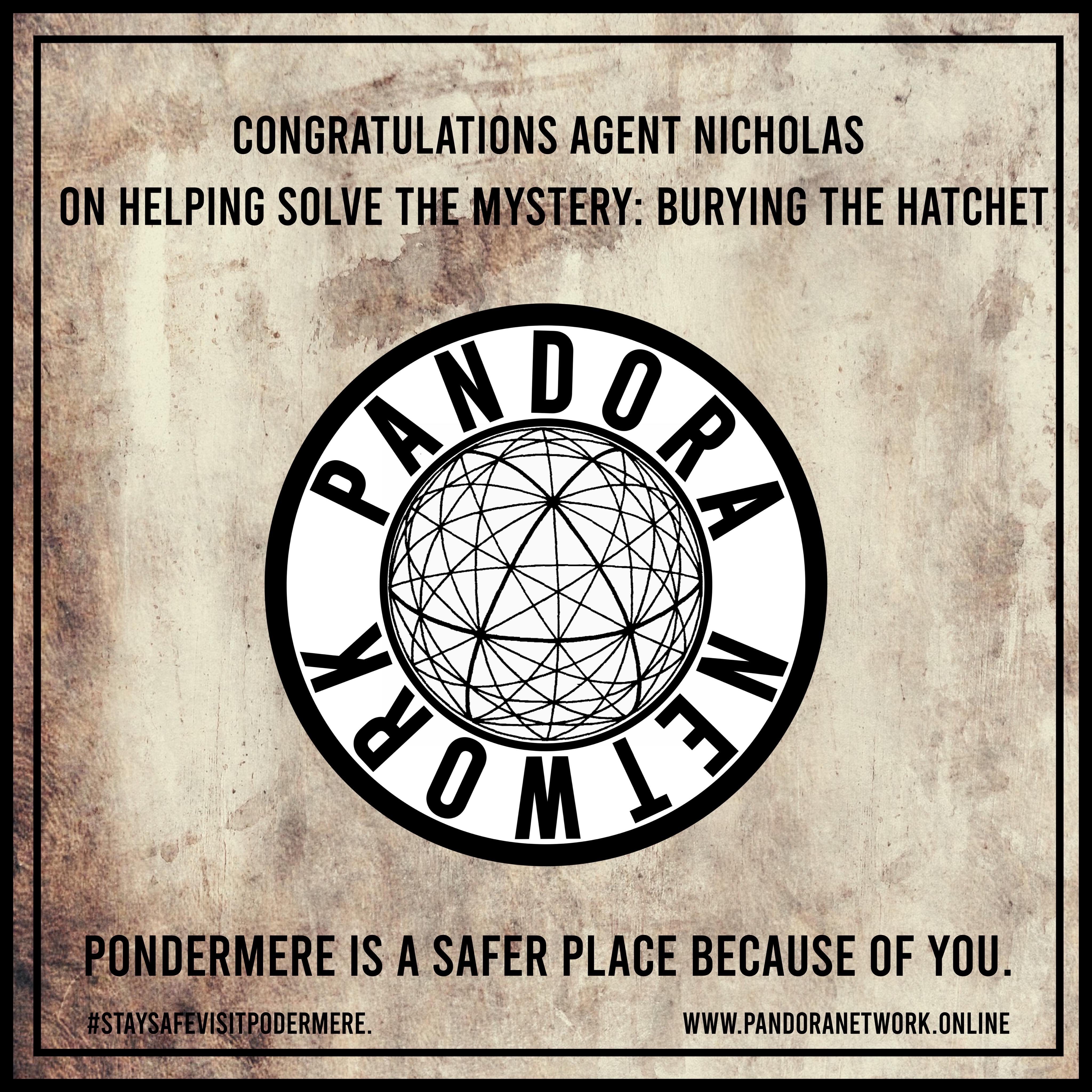 Overall The Pandora Network was a unique and entertaining way to spend a week. You could get as involved as you wanted and the team behind it should be really pleased with it and we’d like to say a huge thank you to everyone involved and I genuinely hope there will be another mystery!