Last night was my final chance for a scare and so I headed over to the Isle of Wight to experience the new event Terror Island. This new event had 3 mazes to offer, as well as a bar, and normally their roller coaster Cliffhanger and their water slide. Unfortunately due to the weather neither the water slide or the coaster were open, but we still have an awesome time.

They had a few roaming characters and the staff really are super friendly and so happy. They are a real asset to the event and should be praised highly! On all the mazes we were given the chance to go in just our group or join other groups, though I imagine on busy days this wouldn’t be available, but groups are batches relatively small anyway so it will still feel intimate.

The first maze of the night (and one that we ended up returning too 2 more times) was so good. Everything worked the way it should have worked. The theming was incredible. It was genuinely helped by the fact it is housed in an old saw mill, so the walls and everything actually are the material you see. It’s on two floors and the fact you have to descend really adds to the vibe of the maze. A mix of smugglers and cannibals that genuinely works so well, especially given the location of the event. The scares were relentless. We were lucky that we entered the queue early and saw the actors go in and given how big the maze is, it’s incredible to think there is only about 8 actors throughout the attraction. It genuinely feels like there is a lot more as the scares come from everywhere. A special mention to three particular characters, Rat Tail, Chopper and the cook. Chopper is genuinely super creepy as hell. The cook was so enthusiastic in her dialogue and changed it everytime we saw her because she remembered us and Rat Tail gave me proper Rumplestilskin from Once Upon A Time vibes, it was brilliant. I do feel that the ending didn’t quite suit the maze. It certainly didn’t detract from the experience, but it wasn’t as strong as it could have possibly been. But overall this maze was fantastic. It was scary, it was intense and was just brilliant and I loved it.

Next up was Hexcavation. From the outside you get proper Hex at Alton Towers vibes, but then you go in. As you can tell from the name, it’s about an excavation and you enter what is like a temple and search for the Malum (spelling might be wrong). From the get go you know it’s going to be intense as the first actor you meet is proper intense and in your face. He gained the nickname Mr Intense from us because he was that intense and we couldn’t remember his name lol. The sets in this maze were simple yet effective and worked very well. The tight corridors, crawl spaces, and a certain dead end all really add to the intensity. You have actors in the walls, on the ceilings. It was really fun and intense. It all builds up to a rather interesting finale which is so simple yet works so well in the maze.

I won’t lie, this was the one I was nervous about purely because anyone who knows me knows that I don’t do fish. Unlike Darkest Depths at Alton Towers, this one actually has fishy creatures and they are horrible. The maze is the smallest at the park, but they cram a lot in. From the super theatrical start to the clever use of lasers to recreate the sea, it’s just works. There are dark corridors that lead into sea creature ambushes. Unfortunately I don’t really remember much else. We only managed to do 1 run on this as the second time we tried the queue was 80 minutes (apparently) and we only had 40 minutes until we had to leave for our ferry, which was a shame. The theming in this maze, like the others, was really good and I’m genuinely glad I got to experience it. 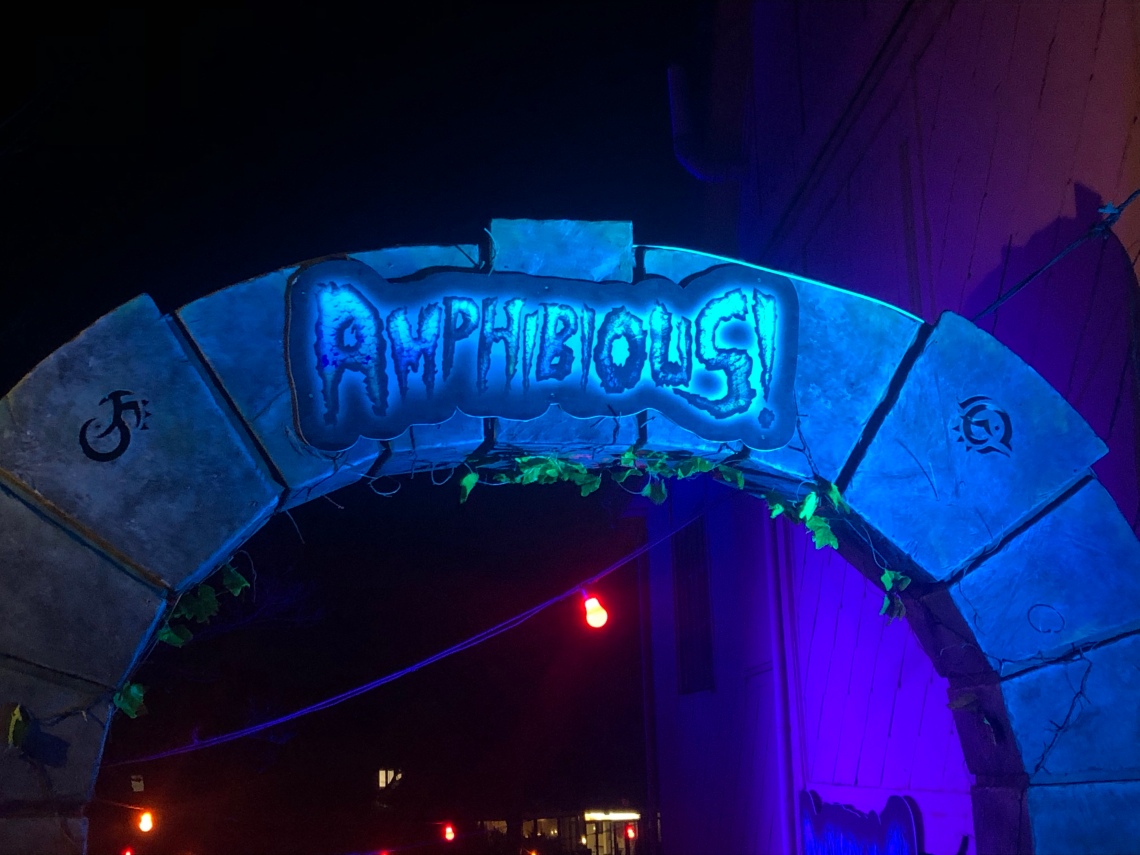 Overall I think Terror Island is bloody brilliant and the whole team involved with making the event should be incredibly proud of what they have created. It is something special. I will definitely be back next year!