Last night, Dreamland invited us along to their launch night to experience their Screamland event. In its 5th year, we were keen to visit not only their theme park, but more importantly, their scare attractions. This year there are 5 mazes on offer to those who are attending this charming little coastal event. Having not heard too much about Screamland, I went into this event somewhat blind as to what the attractions are like, and I think that only helped to enhance the enjoyment. So onto the mazes. 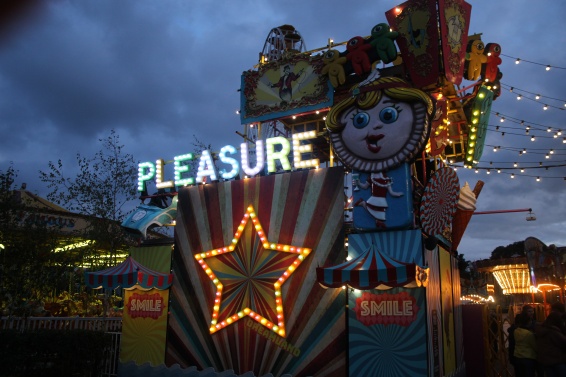 No scare event would be complete without a clown maze, and I think Screamland have really found a clever way to bring the fun, but scary with this. The use of certain features (I won;t spoil it) really adds to the fun side of it. The bright colours and happy sounds enforce this idea of fun. The actors in the beginning aren’t there to make you feel scared. They are there to draw you into a false sense of security to them show you why its condemned. Its not the scariest maze the park has to offer, but it is one that will bring the laughs as well as a few screams and is probably the best one to start with to get into things.

I enjoyed this one for two reasons. Some of the sets in here are really nice and really well thought out. They add to the attraction so much. The second is the way you transition into each scene. I think its a small touch that really adds to the enjoyment of the maze. The actors in this maze I feel are definitely the stand out as they really brought the characters to life. I particularly like the mummy scene and the way that scare happens. It genuinely surprised me. It was simple in its execution, but really effective. 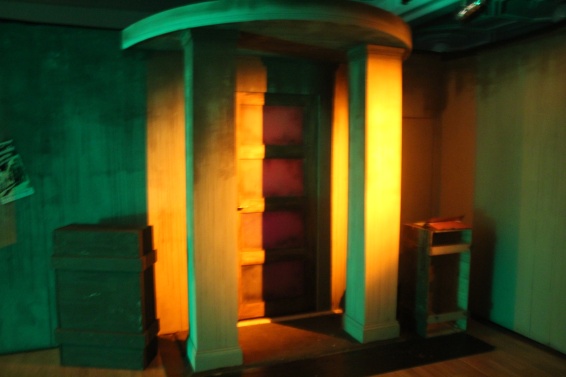 Its no secret that i’m not a huge fan of hooded mazes. Knowing this was a hooded attraction I probably prejudged it when I went into it. I wasn’t expecting anything overly great. Whilst it started of strong, the scares unfortunately became a bit repetitive and i’m not entirely sure why. The initial idea actually surprised me and got a reaction from me as I genuinely wasn’t expecting it. I think the disjointed route the rope takes doesn’t help this maze. I’m not saying the hooded section is bad (There were a few screams from the group I was in) I just feel its the weakest part of this maze for me personally. The second half, without the hood is back on form with some great looking sets and some pretty good scares.

I was genuinely pleasantly surprised by this. I had no idea what to expect from it and I came out and went “Wow!” From the moment you enter the intensity is dialed up to 100. The actors brought their A game. It was intense, loud, disorientating, disturbing and just brilliant. The ‘creatures’ inside or creepy as hell and the scares genuinely come out of no where. It was fabulous. 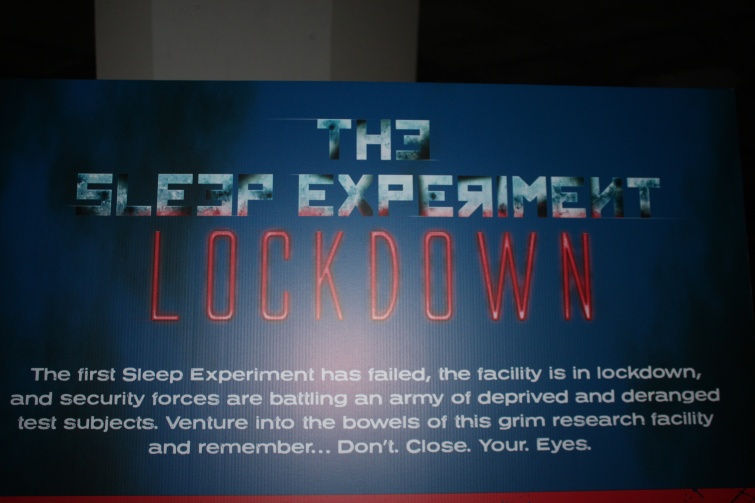 Anyone who knows me knows I don’t do well with aquatic themed things, so Sub,erged was the one I was a little bit nervous about. Luckily there were no fish, so I was safe, but this maze was the standout. From the moment you go in, you genuinely feel like you are on the Mary Rose after it sunk. The attention to detail is high and the scares are consistent. It is also probably their longest maze there. Every scene is great and even the empty corridors are great because of the theming. I’ve genuinely fallen in love with this maze.

As well as all the rides that will be open (Though some of the children’s rides may be closed) there are vast numbers of food and drink outlets. There is even a Halloween inspired cafe called Cafe Terror. Whilst there isn’t a huge amount of Halloween decoration around the park, what they have done looks cute and when you add them to the backdrop of the vintage rides, it looks pretty gorgeous. 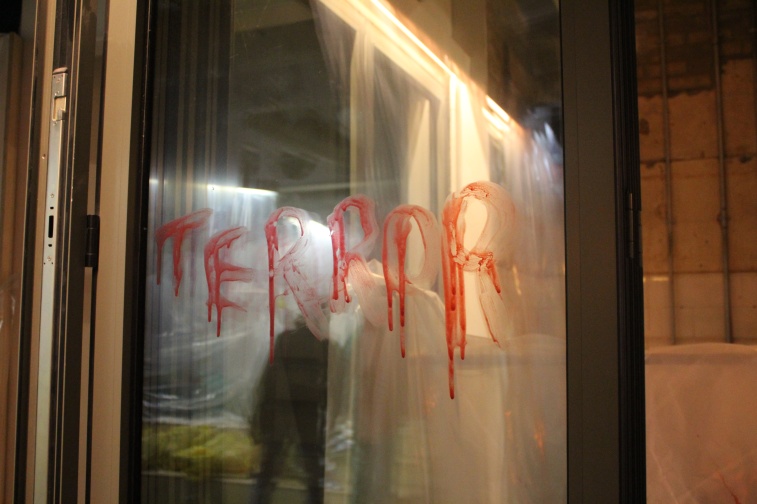 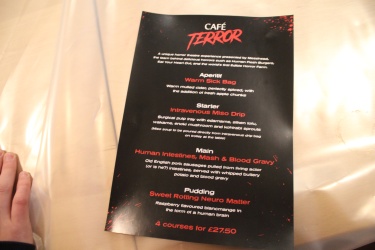 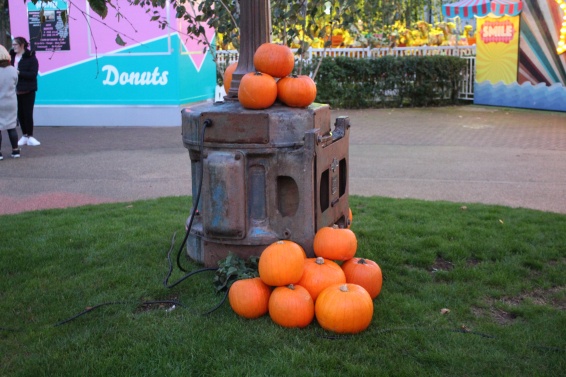 We would just like to say a massive thank you for inviting us to come and experience the event. A huge thank you to all the actors who made each attraction brilliant and thank you to the ride operators, in particular on Scenic Railway, for giving us a couple of fun rides! 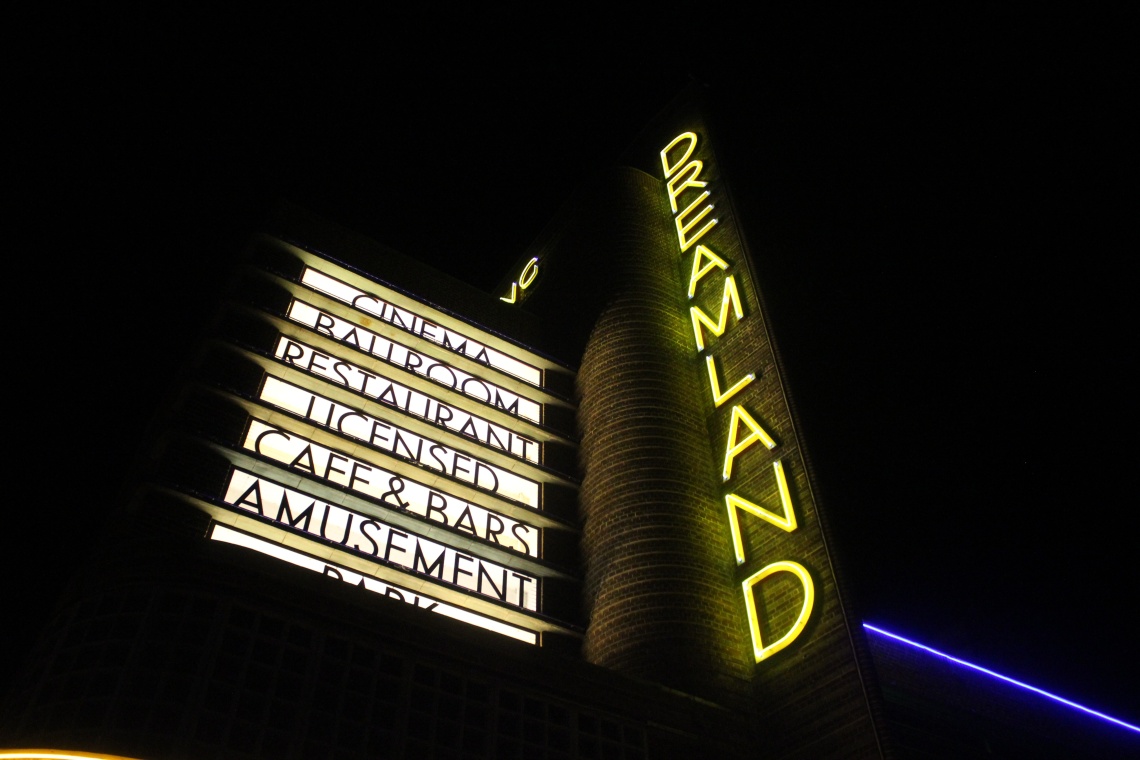