Two weeks ago we had a thought, What are scenes that people like the most in the UK Dungeon attractions. We therefore took it on ourselves to find out, so we asked you guys on social media to tell us your top 5 scenes and we received a wonderful response from many of you telling us what your five favourite scenes were. Out of those, the 5 with the most votes are what will appear on this list. We have also teamed up with the lady who has been called The Dungeon’s Biggest Fan, Amy Wilson, to explain why she thinks you guys have voted for these scenes.

This one is technically split into two attractions, but people who voted just said Sawney Bean, so we have allowed this. Its split between the Galloway Boat Ride and Cannibals Cave.

“I personally love this because you listen & hear one of the stories of Sawney Bean & you got to on a boat ride to find Sawney Bean & his family for justice. You go through a dark cave but you get found by one of the members of Sawney Bean’s family & they take you to their cave & they tell you how they well eat you as well as stories of the family & how they treat soldiers if they come across of their caves again. (Beware you don’t end up for their dinner)”

The Torturer is basically a Dungeon staple and one appears in every single one in the UK.

“I love this bit in all the Dungeons. The Torturer will introduce themselves and will then explain and demonstrate instruments of punishment and of course my favourite is the one used on the chaps! They will always choose someone to end up in the chair and the cage. My advice, tell them the right answers, you won’t get tortured!”

Number 3 – Vengeance of the Vikings

The vikings appear at a couple of Dungeon attractions. Having done this for the first time earlier in the year at York, I can see why it’s been voted so high. It has a great mix of comedy and scares and the snake pit is actually sketchy!

“It was great this scene of the Vengeance of the Vikings in The York Dungeon. It brought excitement & a kind of nervous feeling to it. You bump into Snore Short Sword a fearless Viking & he will tell you all unpleasant things. Tortures, slavery, how long the vikings planned to stay around & also find out exactly what the infamous blood eagle is. (Don’t plan to stick around to long you might end up in the viper pit)”

Who doesn’t love Mrs Lovett at the London Dungeon. She’s a sweet lady with a passion for pies and that ‘ansome Mr Sweeney.

“As I remember you walk in Mrs lovetts pie shop. And you greeted by Mrs Lovett herself. She will show your her pies & also her partner in crime Mr Sweeney Todd. She well tell you how she makes her pies, what happens if you flirt with her Sweeney & is that a trap door? She will also offer you a free shave from Mr Sweeney Todd. (Did you guess the secret of her pies) 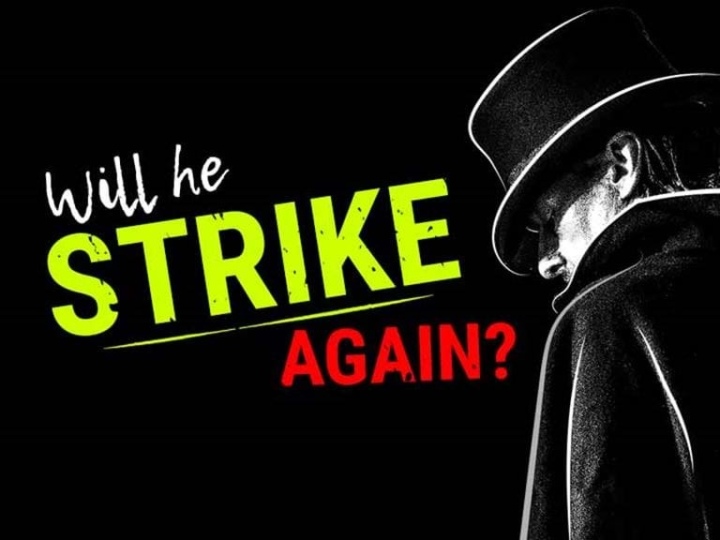 An old school scare but one that is always effective. The tension is high, the myth is real, will you see Jack?

“After you’ve seen the ghoulish murders of Jack the ripper, you walk into the famous Ten Bells where all of the Jack the ripper victims drank & you get friendly with landlady Mrs Waldren. Mrs Waldren the landlady will tell you about the poor victims, why the Ten Bells is so popular & whether Jack the ripper is still around? If I remember this because it’s been a while since I was last at The London Dungeon I kind of liked this because you don’t know what’s going to happen & it kind eerie feeling to it. (Don’t end up the next victim) 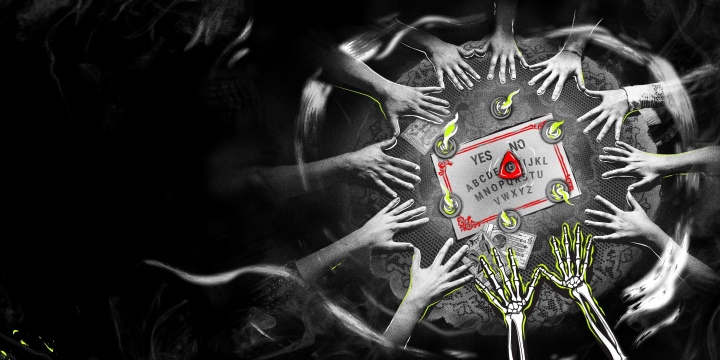 Seance is a seasonal show and Amber and I have only ever done it once and it scared the shit out of us. It’s very clever, very eerie and if you ever get the chance to experience it, we highly recommend it. It’s such a brilliant scene!

There you have it. As voted by you lot, your top 5 scenes in the UK Dungeons! We love this list and we couldn’t agree more with you.