So after the onslaught of Cruelty, it was time to get dressed in our best /or worst depending on your view; High Rollers fashion, To take on our 2nd show of the evening, The infamous high stakes card game ran by the dark grip of the Director and the Croupier. It was time to play HVRTING.

Dressed in Primark finest attire we awaited the call to our game. Not long after 10 pm, our Croupier arrived who over the last 2 months or so we had gotten to know quite well alongside our other players in a Private HVRTING group chat on Facebook. During this time we had been assigned numbers mine being 10, Later from that point, a short video was sent, The Croupier drawing numbers from a hat in pairs and then uncaringly tossing them out of camera shot, With this new information an air of mystery game over the game to come, Why had we been paired up? Were we teams, Enemies was it completely a ruse? The only piece of information is that of a picture of Tweedledee and Tweedledum. Clearly, this time around our game would not be so similar to the previous which I had researched before, The final fearing request. All players must have their phones to hand, fully charges and internet able for the game…What had we let ourselves in for? 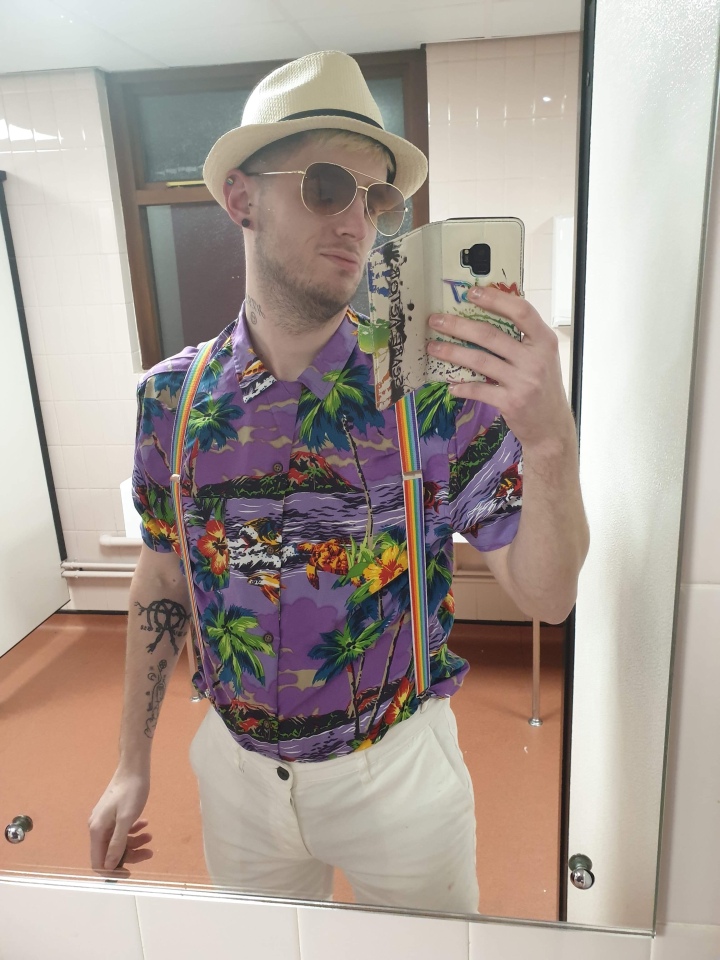 2 weeks before the game HVRTING LA, Creators of the deck release information that they now have a new deck 180 cards instead of the 124 from before, 4 new categories and very little repeats. Now feeling completely in the dark again, HVRTING would be a truly fresh experience. 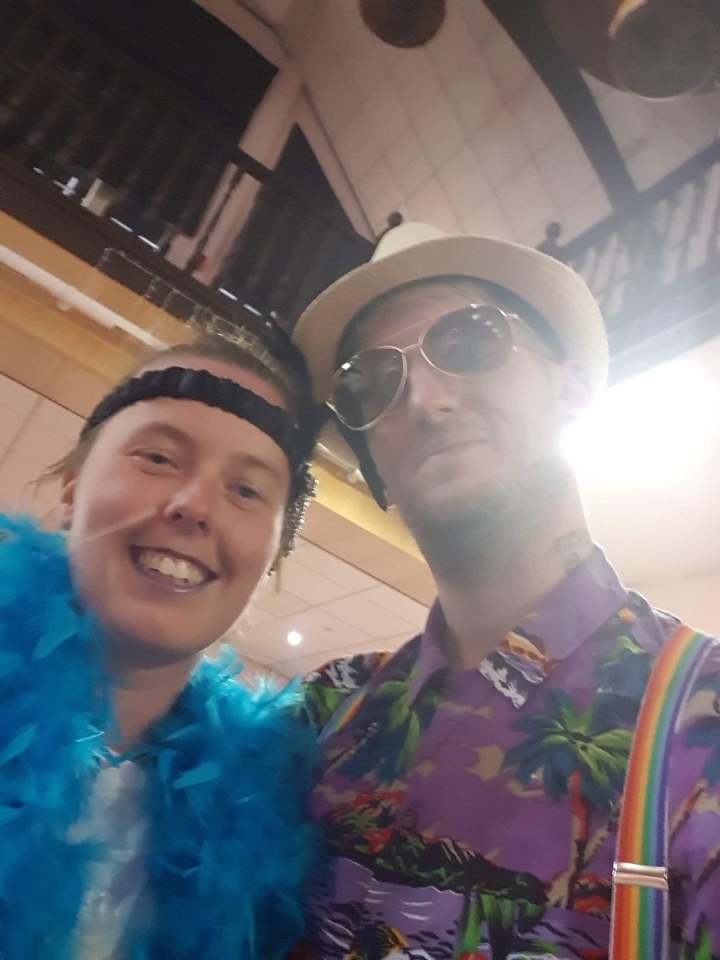 So back to the game, Anyone that knows me has been well aware how much I wanted to play HVRTING to the point I even hosted my own show at home for 2 friends. When HVRTING was teased to be coming back I was on it like a shot. And now on the weekend of my 29th Birthday celebrations, it was my turn to venture down and risk all. Once all gathered together we were taken down the to the cellar again, this time into a dark eerie room with a table, 2 candles, Numerous rolls of duct tape, Water bottles and even a large plank of 2×4 wood. Ordered to take our seats in our pairs in the dark ominous red glow of the high rollers table. The soundtrack was simple, An Intimidating mix of people moving above and low echoing tones to set the scene. Once seated and greeted by the croupier with the usual intro of “Your friends are now your opponents, Do whatever you must, hurt them, take the resources for yourself and escape the HVRTING” But as we knew before, This game was not so simple as its predecessor as a few new twists were revealed. 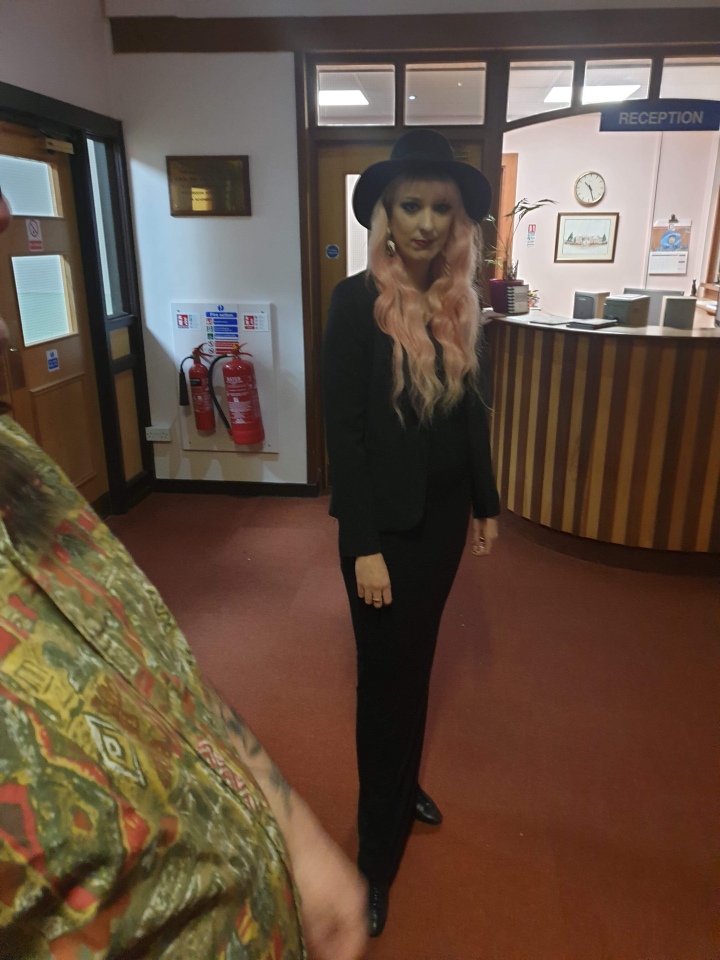 2-Phones must be out on the table

3- If either one of the pair safewords at any point throughout the game, Both will be immediately OUT and taken from the show.

two more torturers would be needed. Cue three knocks on the door and just as I suspected in walk MIKEY AND HANNAH.

With a torturer in each corner of the room the game begins.

I and Leo agreed to take cards in turns to equal the brunt, I think others did too. The game played out as before, A card is drawn, The command is followed and it wouldn’t be long till the reason for our phones being on the table was made clear, One of the new categories (HUMILIATION) was bought forward. Dani had to call someone on her phone and explain exactly what she was doing, Amber had to Unfriend someone on Facebook and tell them that she was doing so, I and Leo had to post something of the groups choosing to our facebook.”Beastiality is Best” was the final choice. During this time I also had let my torturers all write something of their choosing on me with Sharpie. 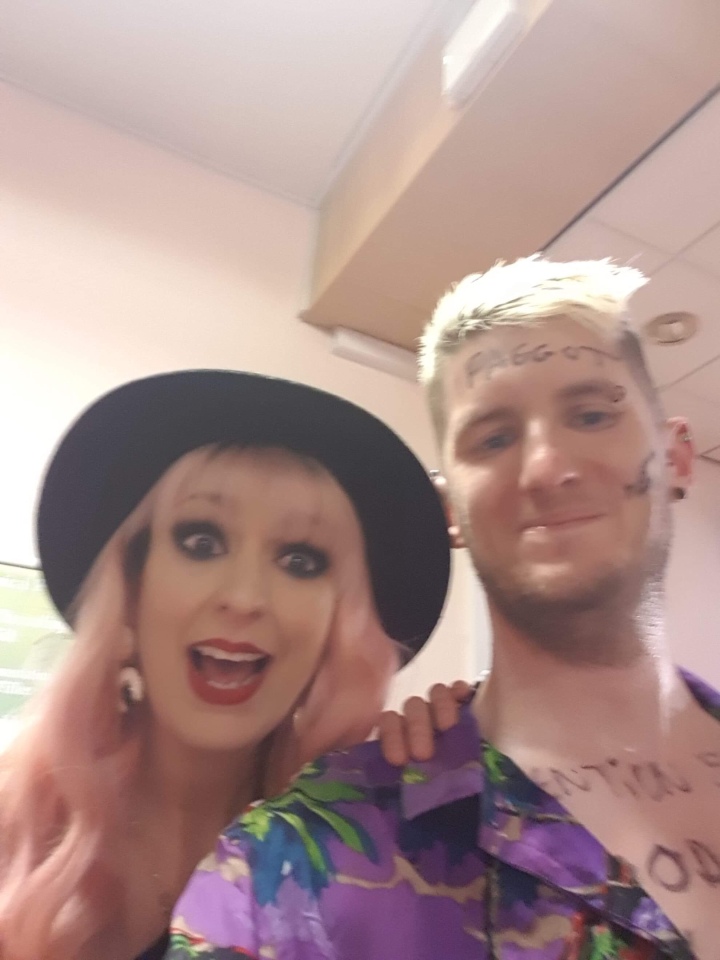 Hannah( A penis on my left cheek)

Also, I was to post a picture right where I was too social media too which Amber so kindly passed to me, Which I in a matter of speaking passed back XD.

Another category was (CHALLENGES) These can be played at any time by the Croupier to even the odds, Giving losing pairs a chance to steal a resource. These challenges ranged from Escaping duct tape bound hands, to drinking water through a sock to the more extreme forced suffocation.

HVRTING is not a game for the weak-willed for sure.

During the game, people took faceslaps, Finger gagging, Blindfolding and Binding, Endurance tests (30 Burpees for me-which ended with 27 smacks to the ass provided by Calum and Mikey) and the infamous 2X4 Plank which was our designated paddle for the evening. The culmination of the game which at this point I was bound in tape, sore and sat in just a shirt and my jock strap was the winners being declared(Anna and Dani) But the game was not over just yet… ONLY ONE CAN LEAVE, One final challenge to find the sole victor of the HVRTING -Suffocation but this time with wet cloths and water poured over at the same time! After a good 40 seconds, the tap out was made and the Anna was hailed the Winner of HVRTING.

On leaving all the water left was put to good use being soaked to the skin as we left the cellar after near about an hour and half. The only thing left was to take our aftermath pictures and relive in our minds the night’s events.

A huge thank you and nod of respect to our torturers never breaking character and of course the amazing Rosalie for bringing back the Croupier in all her glory!

All in all the night was a fantastic success with 2 Amazing shows, One thought-provoking , crazy and uncomfortable. The other an extreme gambling experience I can finally take off my bucket list. The only issue I was left with… When can I experience these two again! Because believe me Once is not enough!