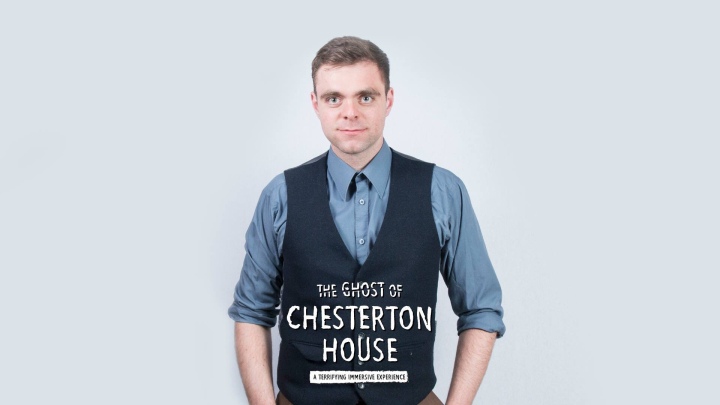 Now this still had all the similar fun,creepy atmosphere as you entered the room, small spaces setting, very intimate performance space and absolutely terrifying and unexpected sounds and effects. Witch had us jumping at a lot of points. As it’s such a small and intimate space, this added to the suspense and tension building in the room. To the point I was looking around the room to distract myself from what was being played out in front of me.

We were greeted by the lovey team members and given the standard safety speech and then, You are lead in and walk into this beautiful old, what I call Victorian dining room… we are told to take a seat and wait. I was sat at the far end of the table away from the entering door. Now we were a small group only four of us in the room,so the tension in the room begun building even before anything had started. I had no were to hide and I found myself holding onto my own hands at points! and genuinely wondering what was going to happen next and around me.

But you know what I love about the shows these guys do, it’s the fact that’s it’s such an intimate and personal performance, from the brilliantly timed jump scares and effects and a beautifully and perfectly delivered story by the actors, who took you right into the story and I was completely lost in what was going on around me. To the cast that never once made eye contact with you or acknowledge you were in the room with you, witch makes me as an audience member watching feeling like a fly on a wall and takern on a journey, that was terrifying and outbid out control and left me shaking. Also despite being all done in the same room, the actors and cast managed to take you to completely different places outside of the room even trough you never moved from your seat and I loved that. And these were delivered to you just like If you were in a movie!

It’s really hard not to say any more, but I don’t want to give and spoil the whole show for people, you’ll have to go and see it for yourself but The Ghost of Chesterton House had us on the edge of our seats, sweating,terrified, immersed us and took us on a terrifying journey and story and scared us for a full 50mins and for that the actors and producers should be praised for what they have created and produced so beautifully and It is gamble to perform such a show, in such a small setting, but boy I love it and it pays of for sure as I love small immersive shows like this, I’m very excited and can’t wait to experience part two for sure. And to see what these guys do next.

The Ghost of Chesterton House will be in Ware on the 15th and 16th of February. To purchase tickets you can go to Ticket Source. We can not recommend this enough!!